On the Profile view page, you can check the most important information relating to system usage and sales. Here you can compare the performance of a user with previous periods.

You can access the user statistics by clicking on:

Information displayed on the header: 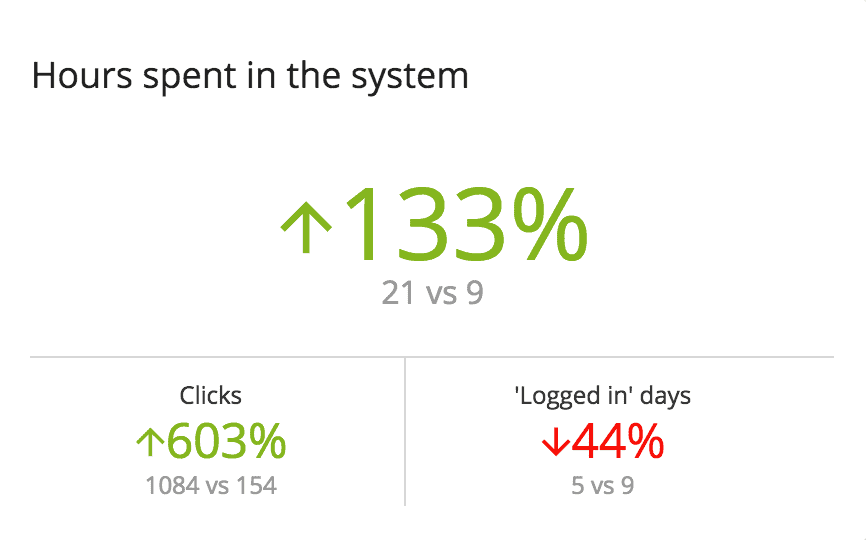 MiniCRM examines the following by applying the same logic:

Closed tasks: Tasks closed by the user during the examined period (every module is involved).

Closing rate: Rate of leads won in the examined period in comparison with all leads.

Won: Number of leads won in the examined period.

Lost: Number of leads lost in the examined period.

New leads: Those cards are measured that got into the Sales status group and are assigned to the user.

Stuck leads: Those leads that are in the sales phase for a long time and should have been already closed. After spending 60 days in the sales phase, leads become stuck. This value can be changed in not manual sales modules.

Forgotten leads: Those leads that were not contacted in time. The length of the period can be set in not manual sales modules.

Clicks: How many clicks were made by the user during the examined and compared periods.

Those cards are examined that are in the Sales modules:

Every module is examined: